On 8th March, 1908, 15,000 women marched through New York City’s Lower East Side, rallying at Union Square. Enraged by abysmal conditions, 65-hour weeks and low pay, they gathered in solidarity to demand change at the garment factories where they worked.

Clara Lemlich was 23 when protests began. Born in the Ukrainian city of Gorodok, Lemlich had moved to New York several years earlier, leaving her home country to escape persecution. A committed socialist and passionate advocate for the liberation of women, she ignited an industry strike in 1909, persuading 20,000 of her fellow workers to down tools and take to the streets. The majority of these workers were women.

The strike lasted for three months, with many of the smaller factories yielding to demands. The Triangle Shirtwaist Company, however, notorious for its exploitation and abuse of workers, refused. Factory owners began to bribe police to arrest women on strike and hired gangsters to intimidate them. Lemlich was brutally beaten but returned to the picket line several hours later, albeit with six broken ribs. She was arrested 17 times.

Eventually, the Triangle Company pledged to increase wages and make shifts shorter. Women returned to work. Little was done, however, to improve conditions at the factory. Tragedy struck the following year. A huge fire broke out – the deadliest industrial disaster in the history of the city. 146 garment workers were killed, unable to escape the blaze due to locked doors and blocked fire exits. 123 of these workers were women, with the youngest just 14 years old.

This tragedy, in combination with the bravery and passion of Lemlich and others like her galvanised numerous movements advocating for women. By asserting their right to fair wages and better working conditions, the women of New York’s garment factories had proved, according to an article published in 1910, that “women can strike, and strike successfully”. Their voices had been heard.

The plight of the New York garment factory workers resonated with women around the world. In the US, a “National Woman’s Day” had been declared by the Socialist Party, inspired by the 1908 march. Clara Zetkin was a staunch advocate of gender equality who hailed from Germany. In 1910, while chairing a conference in Copenhagen, Zetkin proposed transforming National Women’s Day into International Women’s Day. 100 delegates from 17 different countries agreed unanimously.

This year’s theme is “Choose to Challenge”. Today, we unite to amplify the voices of women, connecting and collaborating to challenge established gender bias and share our individual and collective experiences. We celebrate the achievements and contributions of women across the globe and encourage others to fight for equal opportunity regardless of race, gender identity, sexuality or cultural background.

So why recognise International Women’s Day?

The gender gap has closed in recent decades, but we can’t afford to become complacent. Even today, the lives of women across the globe continue to be constrained by gender biases and patriarchal ideals. Statistically, for example, women are paid less than their male counterparts. Many women struggle to advance their careers despite considerable experience and skill, with managerial positions often dominated by men. 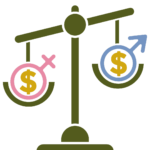 Countless girls aren’t given the opportunity to complete their education, and others are unable to enrol in school at all. Women are at a significantly greater risk of domestic violence, sexual violence and forced marriage. Female Genital Mutilation (FGM) remains prevalent in numerous communities, and millions of women face restrictions when attempting to access reproductive healthcare and advice.

Data from UN Women predicts that the Covid-19 pandemic could decimate 25 years of progress towards gender equality. With schools closed, women report significantly more time spent doing domestic chores and caring for children. Many complain that this has hindered career progression.

Over the last year, many countries have enforced extensive lockdowns to limit the transmission of Covid-19. With women trapped in their homes, numerous women’s shelters have flagged increasing reports of domestic violence. Helplines in Singapore and Cyprus, for example, registered an increase in calls by more than 30% over lockdown. 2020’s Global Gender Report suggests that gender parity remains a century away. We will not bear witness to equality in our lifetime, but we are responsible for ensuring that our descendants do. 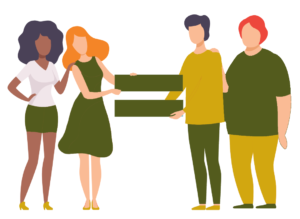 Over the last year, women have accomplished amazing feats. On January 20th, 2021, Kamala Harris became vice president of the US, making history as the first woman to occupy the post. In November, New Zealand appointed its first indigenous female foreign minister, Nanaia Mahuta. 17-year-old climate activist Greta Thunberg has been nominated for the Nobel Peace Prize for the second year in a row. 83-year-old Bilkis Dadi, meanwhile, was included in Time magazine’s Time 100 list of 2020’s most influential people for her role in protests against India’s Citizenship Amendment Act.

Changes to legislation throughout 2020 has also heralded progress. In Afghanistan, a new law was introduced allowing mothers to be named on their children’s birth certificates, a tentative step in normalising their public presence.

Scotland’s parliament voted to allow free and universal access to tampons and sanitary towels. Tamil Nadu, 5000 miles away, has made free sanitary products available in schools and hospitals. In Kuwait, a new law on domestic violence has been issued following decades of activism. Both Brazil and Sierra Leone have both committed to ensuring wage parity for female and male footballers. 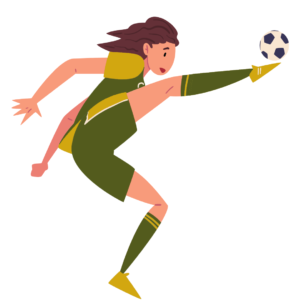 In Ghana, the fight for gender equality continues. In 1960, Ghana acknowledged the contribution of women to the fight for independence by establishing the National Council of Women. Over the coming years, various administrations adopted a series of policies prioritising affirmative action in an attempt to increase the participation of women in government. An ambitious quota was set; women were to make up 40% of all boards, councils, commissions and committees. Today, women make up only 13.1% of these.

The participation of girls and women in tertiary education remains a concern, particularly in regard to STEM subjects. In 2020, Ghana ranked 107th on the Global Gender Gap Equality Index, and is in the lower 25% for female representation in parliament, female literacy rate and women in the professional workforce. In some communities, traditional gender biases confine women to domestic chores and childcare, preventing them from pursuing professional careers. Many parents prioritise the education of male children.

Thankfully, there are many fantastic organisations and individuals determined to narrow Ghana’s gender divide. CAMFED, for example, is a pan-African movement established to make education more accessible to girls and women. CAMFED has implemented a mentoring programme designed to increase female presence at universities and college, empowering girls to shape their own futures.

Abantu, based in Accra, seeks to encourage women to participate in decision making at both a local and national level, believing that their contributions are essential to creating a cohesive and equitable society.

Progress in Ghana is tentative, but it is happening. Last year, John Mahama, leader of the country’s largest opposition party, selected Professor Naana Jane Opoku-Agyemang to be his running mate. This was the first time a woman had been selected for this role in either of Ghana’s biggest parties.

More girls are now enrolled in education than ever before, and single sex schools have been introduced to make learning more accessible and reduce gender-based violence. “STEM clinics” have been implemented in many communities, encouraging girls to pursue subjects relating to science, technology, engineering and mathematics.

Read more about STEM and women in Ghana 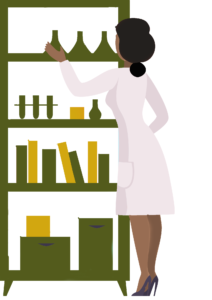 Women’s shelters have opened across Ghana, providing safety, counselling and legal support for those suffering domestic violence. The Ark Shelter, founded by Angela Dwamena-Aboagye, also conducts outreach products, educating entire communities on the importance of gender equality. Yaba Badoe, a filmmaker  from Tamale, Northern Ghana, has amplified the voices of hundreds of marginalised women through her award-winning documentaries.

At World Inspiring Network, we believe that women are absolutely integral to a community’s successful sustained development. On 8th March and every other day, we promise to celebrate the invaluable contributions of women, challenge established gender biases and campaign for tangible and sustained change, both in Ghana and across the globe.

We believe that empowerment begins with education. When Clara Lemlich led thousands of garment workers out on strike, she was armed only with knowledge she had gained as a girl, sewing buttonholes to raise money for her books. She ignored the judgement of the men around her, and demonstrated impressive independence and autonomy, continuing to inspire women even today.

The educational empowerment of women is consistently linked with improved access to economic and political leadership opportunities, and is often the key to breaking intergenerational cycles of extreme poverty.

Read more about the importance of education

Our “Send a Child to School” initiative will support the education of 72 girls. This week is a fantastic opportunity to support our campaign, with each donation under $50 made between 8th and 12th March being matched at 50% by Global Giving.

By supporting us during this campaign, your generosity can go further to make a difference than ever before. Join us to celebrate International Women’s Day, and to empower the next generation of girls and women.

Read more about our “Send a Child to School” initiative 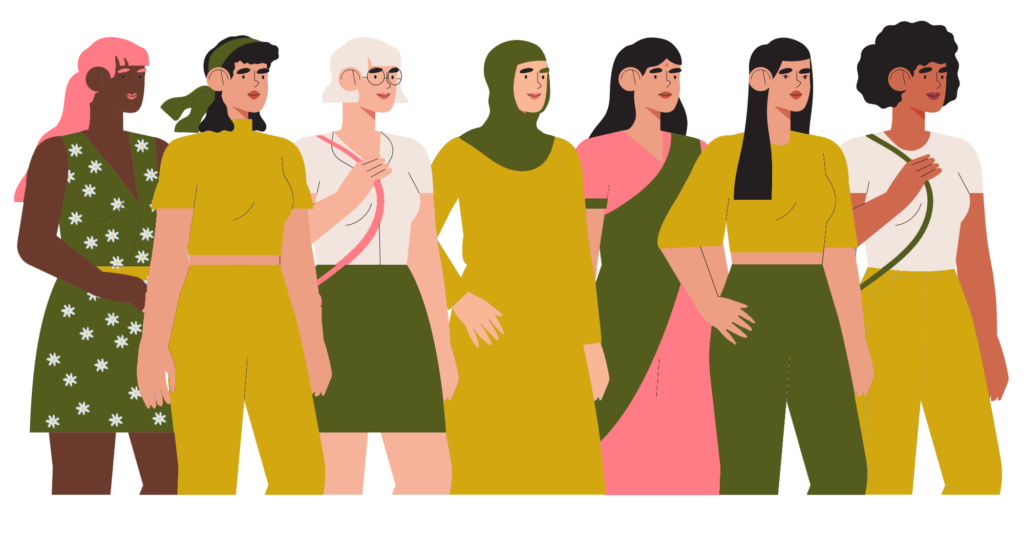 Maxwell Odonkor 0
World Inspiring Network partnered with the Ghana Education Service (GES), Miss GNATLAS, and others to organize a ...

Maxwell Odonkor 0
On the 17th May 2021, volunteers from World Inspiring Network traveled to Tafi Mador in the Volta ...